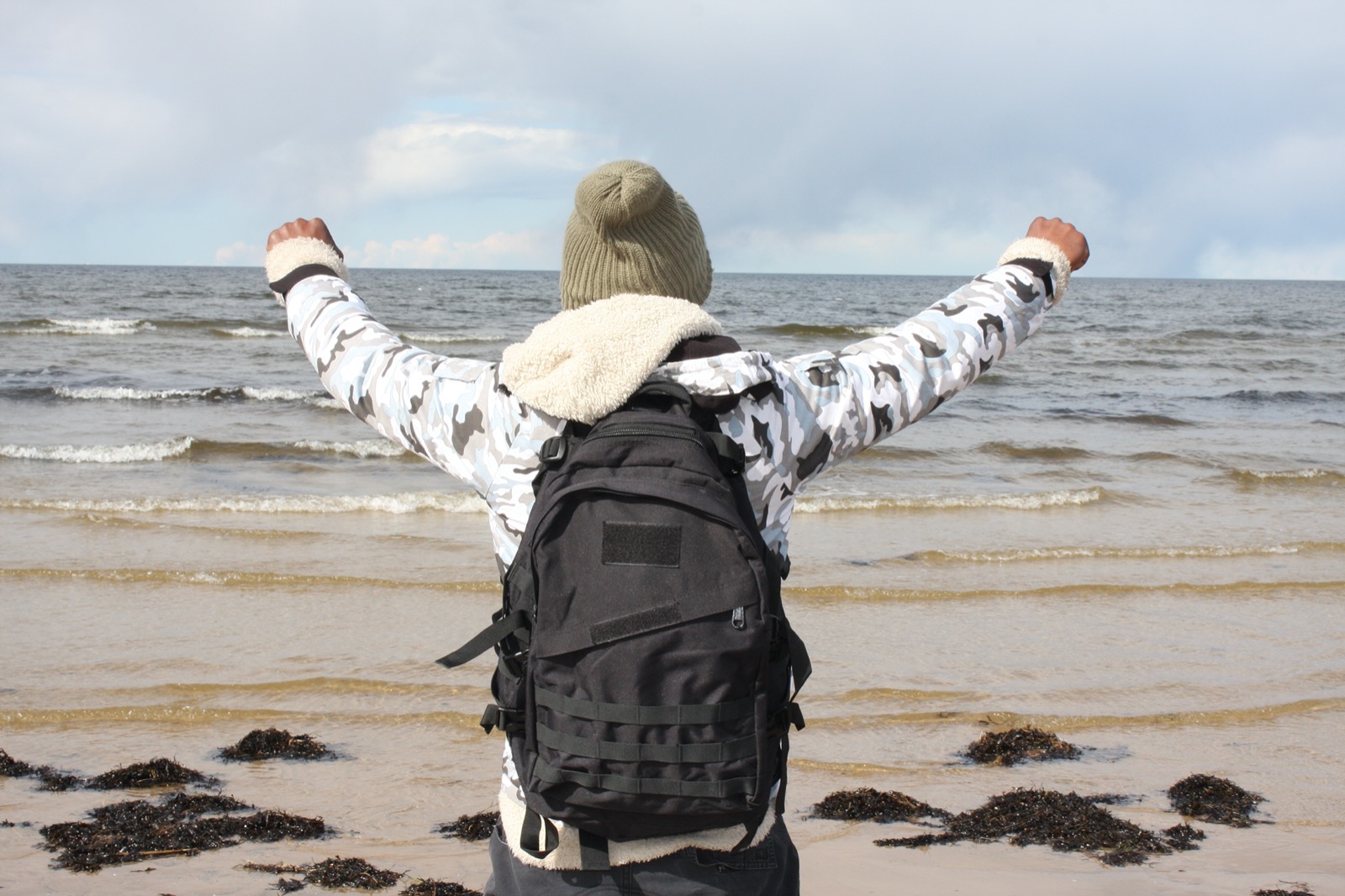 by Nessy Shimwafeni - Yesterday my wife and advisor told me we will be cycling to Jūrmala, Latvia situated at the Baltic Sea.

Being a car riding person I am getting used to the fact, that residents here cycle a lot. I guess it's healthy but, yeah, please give me time to get used to it.

I am new in Latvia so I will keep updating Latvia as I go along... 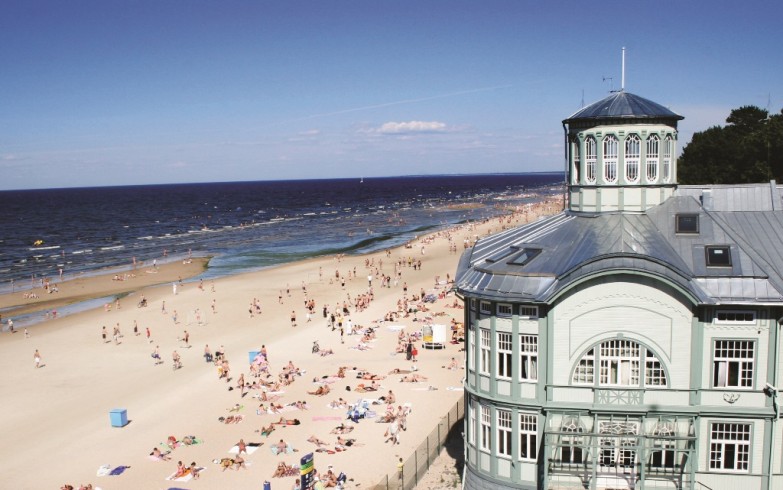 Our first town to explore since we arrived here, is locted by the Gulf of Riga and stretches along 26 km of coastline with modern relaxation and resort facilities.

This fresh air reminds me of Namibia, and the long stretches of empty space are addictive.

Jūrmala becme the largest resort area in the Baltics as well as a popular location for international conferences and meetings.

The city is characterized by its wooden architecture with woodcut accents, cottage-style buildings and resort centers of the 19th century and the beginning of the 20th century. Romantic streets and wooden cottages surrounded by pine trees also nowadays create the vision of the olden days.

The wooden buildings of Jurmala are significant and unique cultural heritage.

Jurmala buildings are made unique by the fact that historicism-style wooden houses are quite rare. 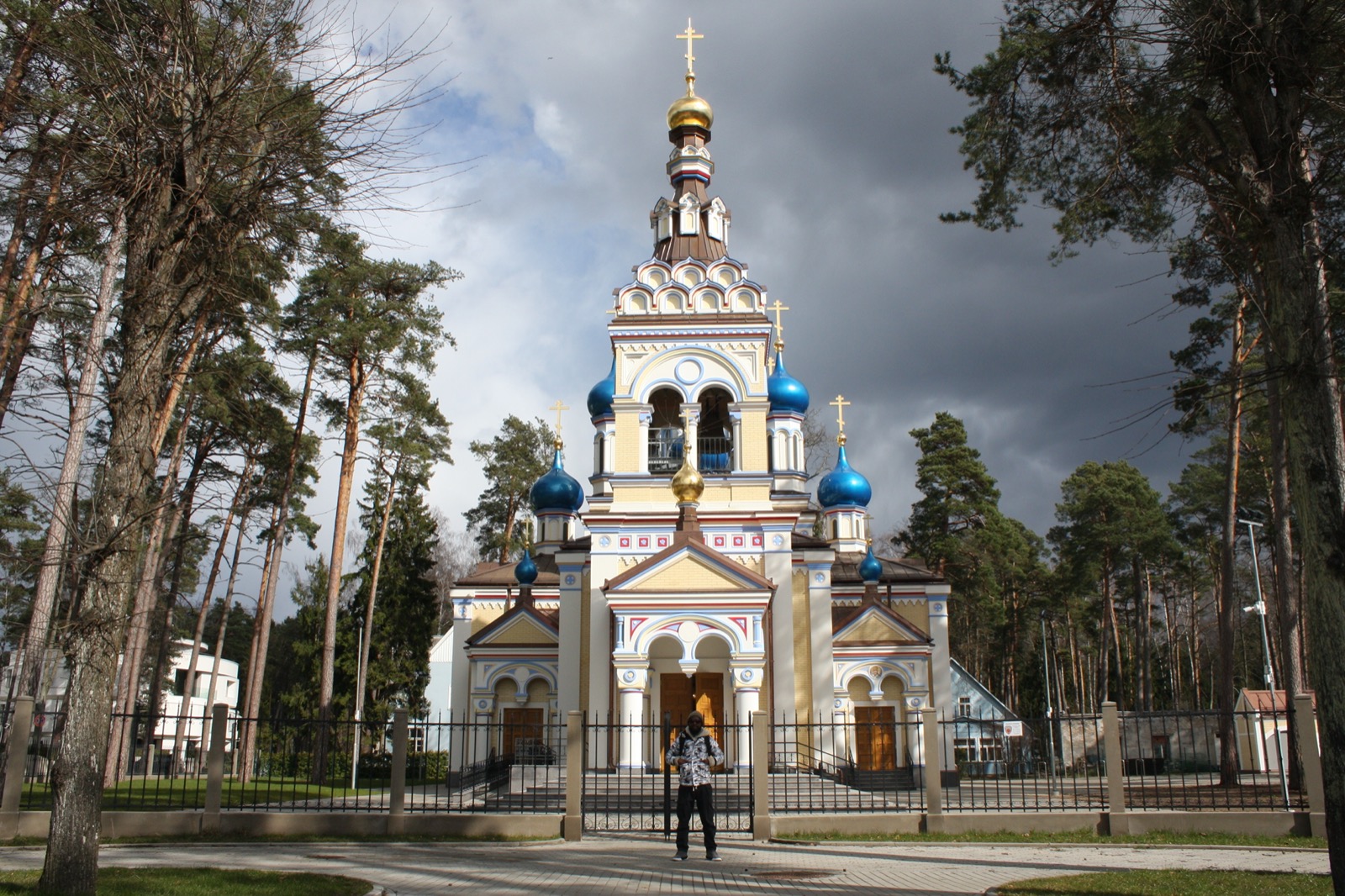 I was blown away as I didnt know what to expect,

Well pictures speak more than a thousand words so you let me know what you think!! 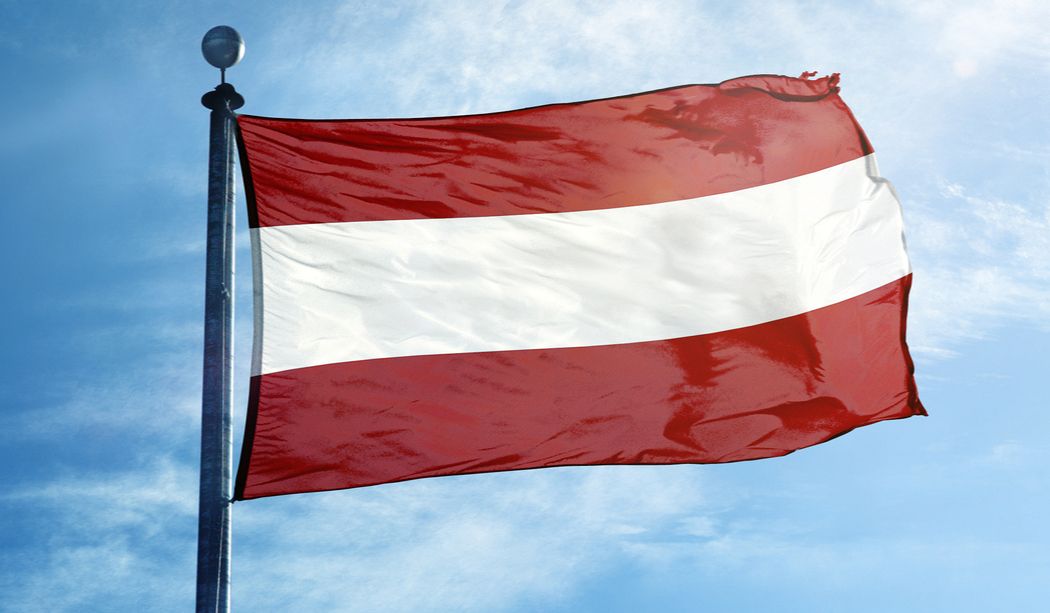 It is bordered by Estonia to the north, Lithuania to the south, Russia to the east, Belarus to the southeast, and shares a maritime border with Sweden to the west.

The country has a temperate seasonal climate.

The Baltic Sea moderates climate, although it has four distinct seasons and snowy winters.

After centuries of Swedish, Polish and Russian rule, a rule mainly executed by the Baltic German aristocracy, the Republic of Latvia was established on 18 November 1918 when it broke away from the Russian Empire and declared independence in the aftermath of World War I. However, by the 1930s the country became increasingly autocratic after the coup in 1934 establishing an authoritarian regime under Kārlis Ulmanis.

The country's de facto independence was interrupted at the outset of World War II, beginning with Latvia's forcible incorporation into the Soviet Union, followed by the invasion and occupation by Nazi Germany in 1941, and the re-occupation by the Soviets in 1944 (Courland Pocket in 1945) to form the Latvian SSR for the next 45 years.

The peaceful Singing Revolution, starting in 1987, called for Baltic emancipation from Soviet rule and condemning the Communist regime's illegal takeover.

It ended with the Declaration on the Restoration of Independence of the Republic of Latvia on 4 May 1990 and restoring de facto independence on 21 August 1991.

Its capital Riga where my wife and I live, served as the European Capital of Culture in 2014.

Latvian is the official language but most of the people also speak English. But trust me if you are a foreigner and look different they will stare at you, I feel like a superstar or weired at times.

Latvia is a unitary state, divided into 119 administrative divisions, of which 110 are municipalities and nine are cities. Latvians and Livonians are the indigenous people of Latvia.Latvian and Lithuanian are the only two surviving Baltic languages.

Despite foreign rule from the 13th to 20th centuries, the Latvian nation maintained its identity throughout the generations via the language and musical traditions.

However, as a consequence of centuries of Russian rule (1710–1918) and later Soviet occupation, 26.9% of the population of Latvia are ethnic Russians,[21] some of whom (10.7% of Latvian residents have not gained citizenship, leaving them with no citizenship at all.

Latvia is a high-income advanced economy and ranks 39th in the Human Development Index.

It performs favorably in measurements of civil liberties, press freedom, internet freedom, democratic governance, living standards, and peacefulness. Latvia is a member of the European Union, Eurozone, NATO, the Council of Europe, the United Nations, CBSS, the IMF, NB8, NIB, OECD, OSCE, and WTO. A full member of the Eurozone, it began using the euro as its currency on 1 January 2014, replacing the Latvian lats. 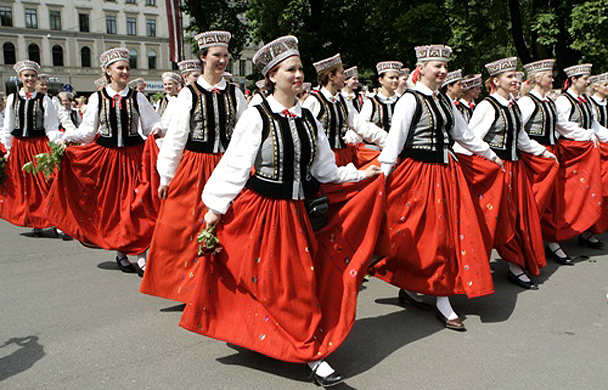 Latvians share a common language and have a unique culture with traditions, holidays, customs and arts.

The culture and religious traditions have been somewhat influenced by Germanic, Scandinavian, and Russian traditions.

Latvians have an ancient culture that has been archaeologically dated back to 3000 BC. Latvians maintained a considerable connection and trade with their neighbors. The first indications of human inhabitants on the lands of modern Latvia date archaeologically to c. 9000 BC, suggesting that the first settlers were hunters that stayed almost immediately following the end of the last Ice Age. 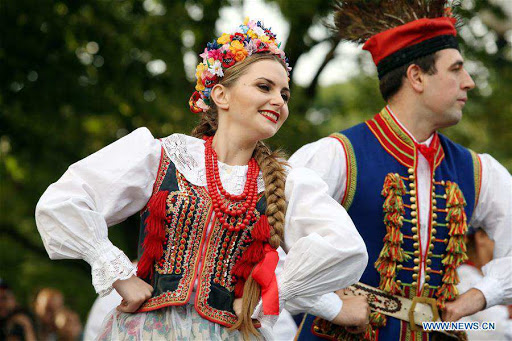 Colonizers from the south arrived quickly, driving many of the hunters northward as polar ice caps melted further, or east, into modern-day Russia, Belarus, and Ukraine.

The Roman author Tacitus remarked upon the "Aestii" peoples, thought to be inhabitants of the modern Baltic lands, suggesting that they were abound with formidable, yet peaceful and hospitable people. The Latvian peoples remained relatively undisturbed until Papal intervention via the Germanic, Teutonic Order colonized Kurzeme (Courland in English, Kurland in German), beginning in the first half of the 13th century.

Papal decrees ordered the Teutonic Order to spread the "Word of the Lord" and the Gospel of Christianity throughout "uncivilized", "Pagan lands".

Though these attempts to Christianize the population failed, and the Teutonic Order eventually redeployed southward, to the region of what was once known as East Prussia.

South-Eastern Latvia (Latgale), due to having a relatively large ethnic Russian population, has maintained a large Russian influence.

Giant people, the widest waterfall in Europe and pagan festivities… Check out these amazing but true facts about surreal Latvia!

One of the last corners of Europe to join Christendom, Latvians are still very much pagans at heart. They worship nature by jumping over bonfires at Midsummer Eve, and many surnames are about birds, animals or trees.

Latvians are a people to look up to.

Latvia has the world’s tallest women, with the average lady coming in at an impressive 170 cm. The men are no midgets either, holding fourth place.

Riga’s Central Market is one of Europe’s biggest markets. It is famed for its pavilions housed in giant zeppelin hangars left behind by the German army after World War I.

With over 500 km of coast, Latvia has tons of beaches. There’s space for everyone, whether you want fun in the sun or miles of sand to yourself, and best of all its all open to the public.

Over half its territory covered by forest, so Latvia is a very green place. Locals love to pick mushrooms and berries, and at Midsummer young couples duck into the woods to look for the mythical flowering fern. No such plant exists, but the search goes on…

One of the attractions of the port city Liepaja is a night in jail.

Latvia has a huge capital relative to its tiny population, with over one third of the population living in Riga. But you wouldn’t know it on a summer weekend when everyone heads for their cottage in the countryside.

With over 800 Art Nouveau buildings, Riga has one of the world’s greatest galleries of this joyful style. Alberta iela is a street almost entirely created by Art Nouveau genius Mikhail Eisenstein, and his son film director Sergei Eisenstein was one of the founders of modern cinema.

You don’t need to go to a health food store in Latvia to find organic food, because locals find fantastic ingredients on their own. From birch sap juice in spring to berries in summer and mushrooms in autumn, Latvians are a nation of foragers.

With over 1 million folk songs, Latvians love to sing. You can catch over 10,000 of them on stage at once at the Song Festivals, and opera stars like Inese Galante, Elīna Garanča, Aleksandrs Antoņenko and Egils Siliņš delight audiences at home and abroad.

It has the world’s fourth fastest internet connections, and with over 800 free connection points in Riga, you don’t even need to pay for it. Latvia also holds the world record for the longest ever phone conversation, a 54 hour 4 minute marathon in 2012

The Ventas Rumba in Kuldīga is the widest waterfall in Europe, and in spring you can see fish jumping up the rapids as they head for spawning sites.

Next time you put on a pair of jeans, thank Latvian-born tailor Jacob Davis. In 1871 in Reno, Nevada, he invented denim as a tough material for trousers, then made a fortune in partnership with fabric merchant Levi Strauss.

Chugging down 78 litres of beer per capita every year, Latvians love a cold brew on a summer’s evening. The country also boasts one of the world’s most northerly outdoor vineyards in the village of Sabile.

Latvia’s national sport is ice hockey, and it punches well above its weight for a small country. Dozens of Latvians play in the NHL and KHL, and the national team’s fans are regarded as the loudest and most passionate around.

Latvia has almost 20 hours of daylight at midsummer, and locals make the most of it by partying outdoors and relaxing in nature. The lovely golden light typical of these latitudes has obsessed generations of painters and photographers.

Latvia is a small country, but at one stage it had colonies abroad. In the 1600’s, the independent Duchy of Courland covering western Latvia was a powerful maritime nation and controlled part of Gambia in Africa and the Caribbean island of Tobago.

Welcome to LATVIA and Iam sure you will have a blast like me!!