A Taste of Namibia

Nessy Shimwafeni - Your mom cooks the best food ever in the universe. We know that..

But if one day you want to try food which (would never be better of course) would be different from your mother’s, then this article is for you. 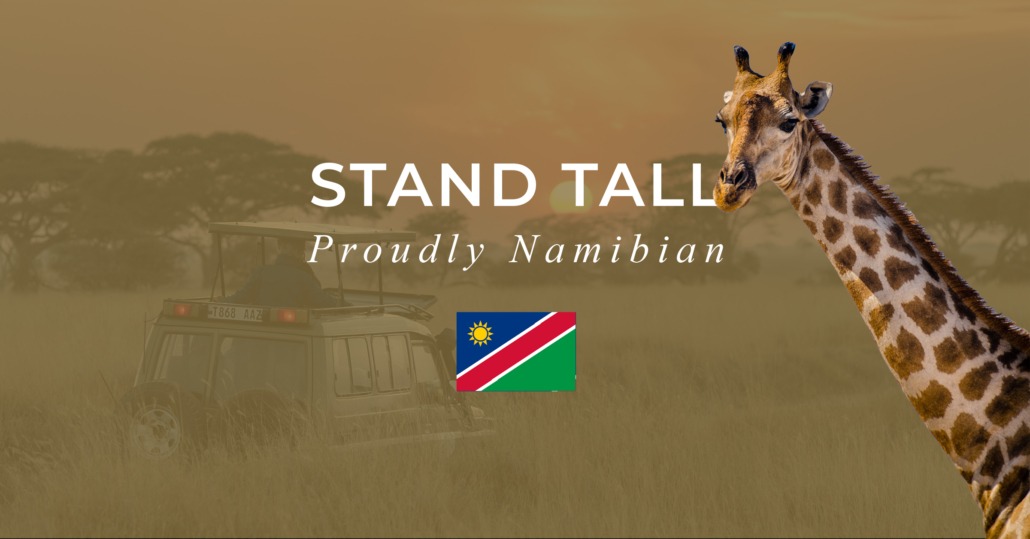 This blessed and unique country is situated in the south west of Africa, and is the birth place of my ancestors.

Namibia has gained it's independence from German and then South African rule later than other African countries in 1990, but the way we progress forward into the future is remarkable.

Yes we have many challenges and problems, but we are survivors, always have been.

Namibia has shaped me in every way possible and I believe as a Namibian you can leave Namibia but Namibia will always remain in you.

Yes, we it has one of the world's smallest population in a country bigger than Germany, France and Italy put together but my people are some of the most friendliest and jolliest in the world. So cheers to you Namibia!!

It has some of the highest sand dunes 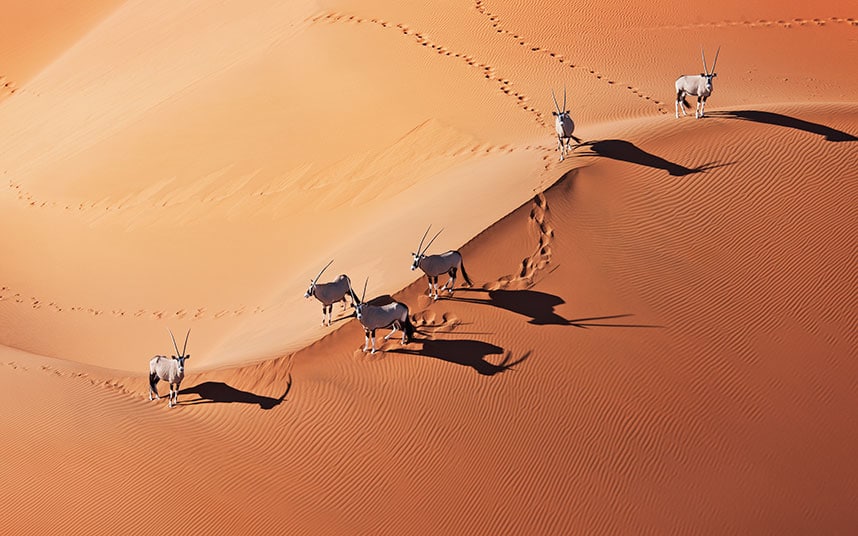 Namibia lays claim to the highest sand dune in the world.

Rising dramatically from the Namib Desert, the impressive mound – known, rather boringly, as Dune 7 – tops out at around 383m.

As a point of reference consider this: The Shard in London is 310m tall. 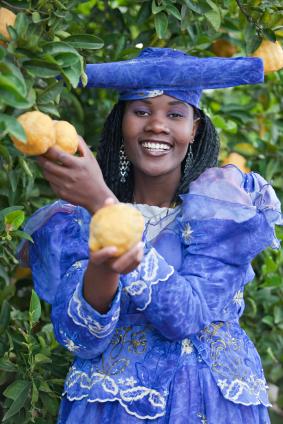 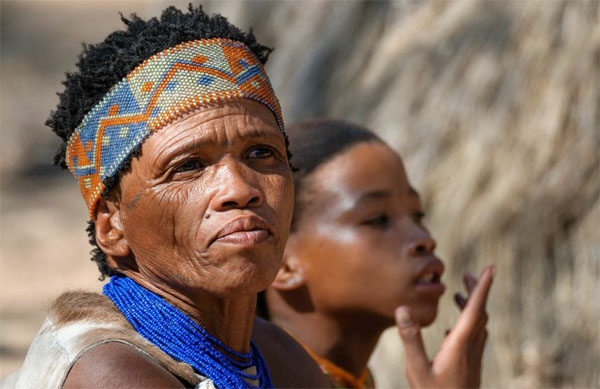 To me, the most amazing thing about Namibia is the people.

Namibia has a melting pot of cultures and this too permits people from a variety of backgrounds to communicate and share a table or a word together.

This therefore crafts an occasion to learn about one another and to value that which makes us all unique. Therefore, regardless of your culture, you’ll surely feel at home here.

They are simultaneously warm and friendly, and oftentimes a handful too, just as in any other family or community.

Hence, the awe-inspiring landscapes, clear skies and starry nights of Namibia are incomplete without the distinctive character of its colourful people.

A strong sense of family

Namibians have a bond like no other, where family is not merely restricted to blood relatives. Where neighbours residing in a street are fused together and take care of one another. Where people take turns to look after each other’s children, and through it all the children unknowingly become sisters and brothers and so this cycle continues.

Namibians effortlessly welcome you into their families and ensure that you have all the essential cosiness to make your stay pleasant, enjoy the best experiences and feel right at home with what they have to offer.

Namibians love diversity and allow others to be different, believing that it is okay to love and care about those who aren’t like them. Hence, they enjoy the presence of someone new because it serves as an opportunity to learn a new skill or continue developing an existing one.

Festivities are not only reserved for immense achievements or holidays, but also for the sight of a new visitor. And it creates a chance to show off a new dance move, break out in song and laughter or even cook a traditional delicacy. 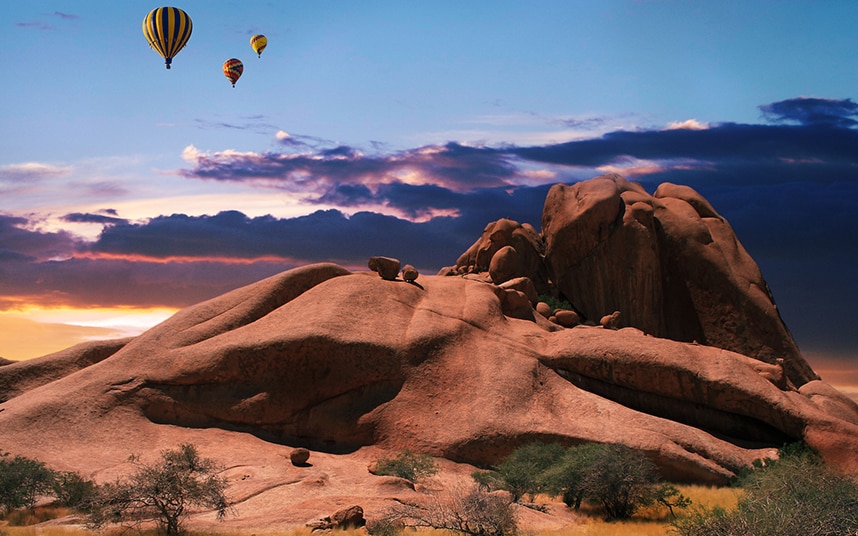 The name ‘Namib’ as “vast place”, which is apt given that Namibia is one of the least crowded destinations on the planet. Only Greenland, the Falkland Islands, Mongolia and Western Sahara (in that order) have fewer people per square kilometre.

Nearly half of the country is protected

Namibia takes conservation seriously. In fact, more than 40 percent of the country is under conservation management.

It was also the first African country to incorporate environmental protection into its constitution. Hence its bountiful wildlife.

More cheetahs live there than anywhere else 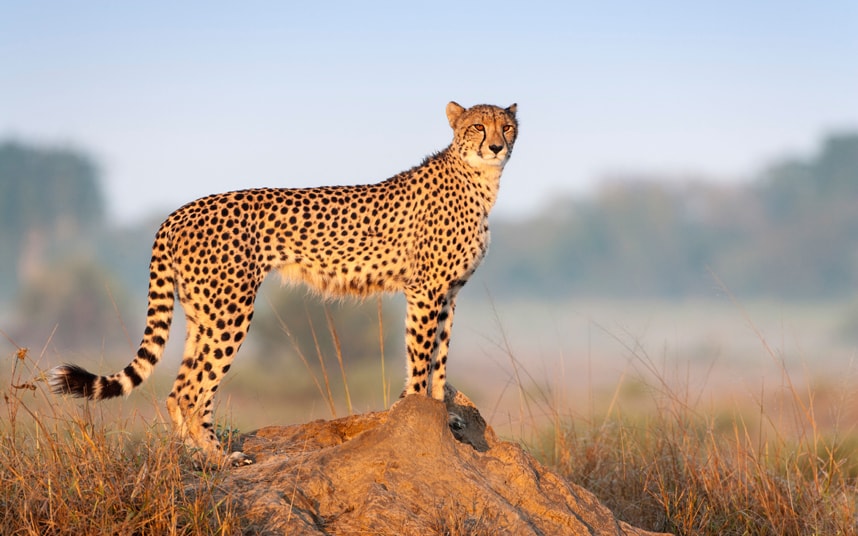 If you’re hoping to catch a glimpse of the fastest land animal on the planet, Namibia is the place to go – for it is home to the world’s largest population of free-roaming cheetahs. Etosha National Park is probably the best place to see them, though eagle-eyed visitors might spot them throughout the country. Also the BIG 5 animals can be found here!! 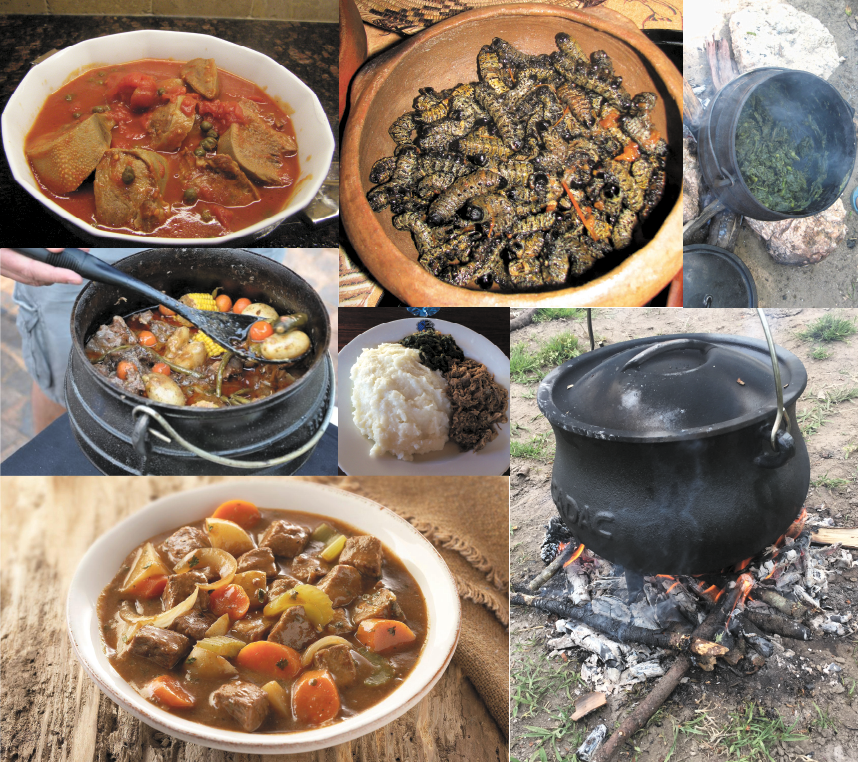 Like in most African countries, meat in Namibia is highly revered in almost every dish.

Namibians always find a reason to come together and create some delicious dishes.

Namibia is a fascinating ethnic melting pot: despite its incredibly sparse population of 2.5 million people, and it reflects in the cuisine too.

Namibia is said to have some of the best foods worldwide.

It offers a great variety of mouth-watering dishes and meals that uses recipes found locally. These dishes have a history behind them that tell an interesting story and add color to the dish. There are a lot of exotic spices that further add to the wonderful experience.

Most of the time the preparation of some of these dishes follows a rigorous traditional process that is believed to be the best way to achieve the best result with the particular dish.I would have to dedicate a whole book to all the Namibian dishes so I just mention a few here (please forgive me fellow Namibians) 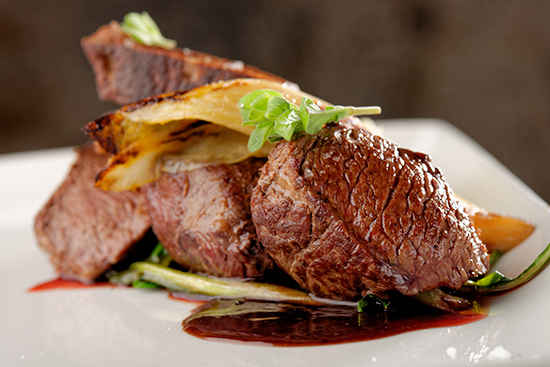 There is a wide range of wild game steaks on offer in most of Namibia’s restaurants (although we prefer it served in the bush on safari). Favourites include kudu, oryx, springbok, eland, ostrich, giraffe, zebra and crocodile. Although often cooked on a barbecue (or Braai as it’s known in Namibia), you will find wild game served in a variety of ways: from sausages (boerewors) to stews (potjiekos), and steaks to shish kebabs (sosatie). 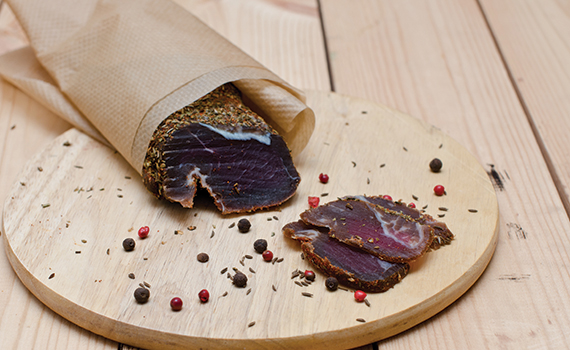 Biltong is an aromatic air-dried meat, which originated in South Africa as a survival food and is now a popular everyday snack in Namibia. It is commonly made from beef but can also be produced from other game such as springbok, wildebeest or even ostrich. Namibians boast that they produce the best quality biltong in Africa, a claim which is based on the fact that Namibian biltong is made from young cattle, ensuring tender and juicy meat. This is then enhanced with specially selected natural spices and vinegar before being air-dried to produce the tasty finished product. 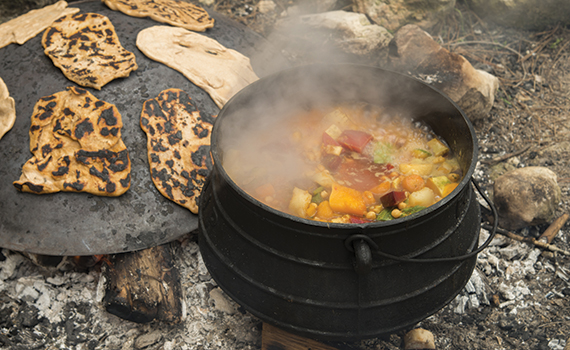 This is a meat and vegetable stew-style dish which is prepared in a black three-legged cast iron pot that is placed on an open fire for 3-4 hours. Namibian cuisine is a melting pot of different flavours, with strong influences coming from both German and South African dishes. The pot itself descended from the Dutch oven and was brought from the Netherlands to South Africa in the 17th century. 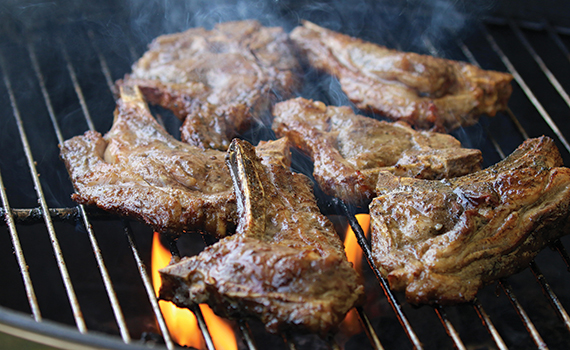 Often served as a street snack, this is a mouth-watering combination of barbecued cuts of seasoned red meat, vegetables and chillies, served with deliciously doughy ‘fat cakes’ to help soak up the juices. Aptly named, fat cakes are a round patty of dough made up of sunflower oil, yeast and flour.

It may not sound like much, but kapana and fat cakes are a true Namibian street delicacy and testimony to the fact that the most simple things in life are often the most satisfying. 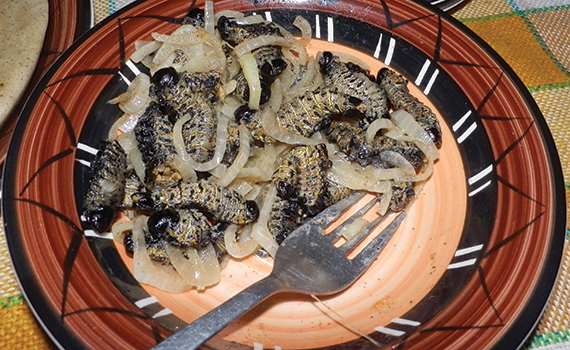 Widely consumed in rural areas of Southern Africa, the mopane worm is one for the more adventurous among you and is considered a real local delicacy in northern Namibia.

Mopane worms are actually a type of caterpillar; the guts are squeezed out, the worms are dried in the sun, and then they’re seasoned and pan-fried.

They aren’t necessarily cute, but they’re delicious: they taste something like a meaty portobello mushroom, braised in beef broth.

There are a number of different ways in which mopane worms are served – they can come dried as a crispy snack or cooked in a traditional stew such as a potjiekos, but my favourite way to have them is seasoned and then fried to give them a crispy coating. 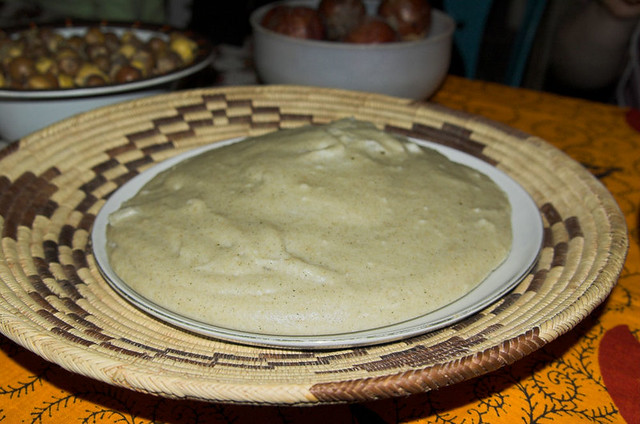 Oshifima or widely known as Pap is a Namibian staple food prepared daily in order to provide the people with sufficient energy for the day.

The porridge is typically made with a combination of mahangu flour and cornmeal boiled in water until the concoction develops a thick texture.

Marathon chicken roam free in the northern parts of Namibia and are more healthy then the incubated ones. Their meat tastes delicious.

Marathon Chicken are slow-cooked in a three legged pot with salt and oil and served with Onjove (Marula oil). To add a modern taste, one may add vegetables and season with spices of their choice. KFC, Nando's and other retailers got nothing on this traditional chicken.

Namibia – the land of extreme temperatures.

To beat the summer heat I present you with a short guide on what to drink in Namibia.

Throughout the country, you have numerous options, from alcoholic to non alcoholic, or traditional drinks to enjoy. Namibians are a culture who love their beer. I would like to start you off with Windhoek Lager.

A beer brewed according to the Reinheitsgebot of 1516, using only malted barley, hops and water. It is widely available and is the perfect thirst quencher on a hot summer day.

Key here – it should be ice cold. 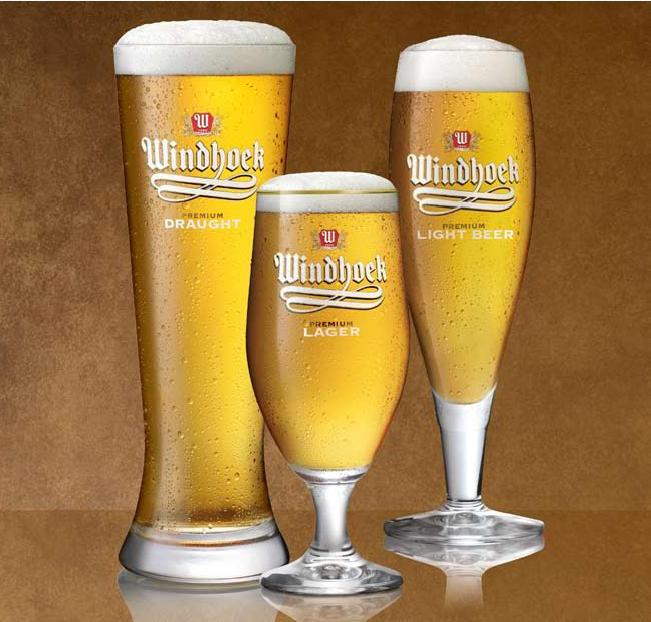 The Windhoek brand is available in a Lager, Draught and Windhoek Light.

Whenever good friends get together, they share the distinctive smooth taste of Namibia's Finest Lager.

Tafel Lager is carefully brewed in accordance with the German Purity Law of 1516 using only malted barley, hops and water.

Tafel Lager is a fine quality smooth tasting natural lager beer with a wholesome flavour and aroma. The taste can be described as the ideal balance between refreshment, flavour and bitterness, which makes it the perfect companion for any occasion. 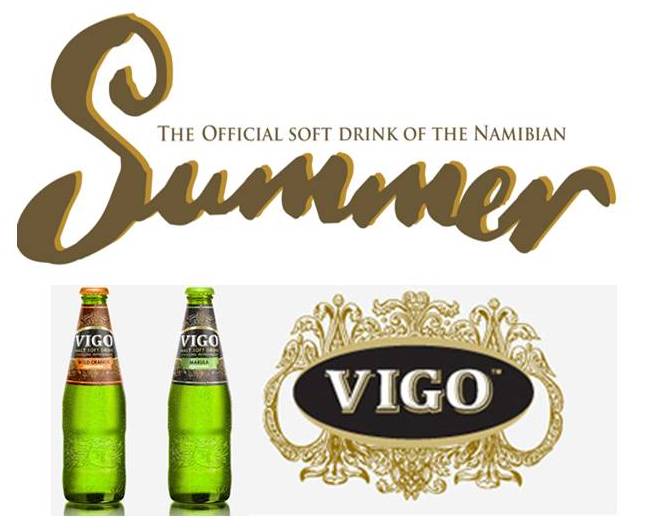 A product you are going to love and probably get addicted to is a refreshing Namibian soft drink called Vigo.

It comes in two fantasticly exotic flavours – namely Marula and Wild Orange. Made from malt, this drink will make your tastebuds bounce from excitement. (Malt is germinated cereal grains that have been dried in a process known as “malting”) 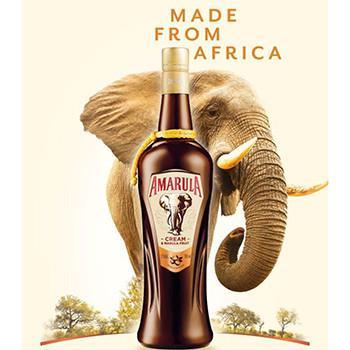 The marula fruit is used to make a South-African drink called Amarula, a favorite among the ladies. Its a velvety creamy liqueur and the perfect sundowner drink served with crushed ice. When sitting with friends, having a bash, ask the barman for the very famous Springbokkie. It’s a shooter, with 1 part Peppermint liqueur and 1 part Amarula. Bottoms up….

Ombike also known as “Wambo liquour” is a home-brew extracted from different indigenous fruits such as palm fruits, eenyandi, and dried bird plums through distillation.

It first hits you silently and then it knocks even the strongest out, drink with care.

Oshikundu is a traditional beverage made with Mahangu flour mixed with Sorghum flour.

It is usually prepared overnight to be served on the next day.

This drink is believed to be the source of energy for the families and for men especially when working in the field or when going away to look after the animals.

In the Caprivi region, opt for a beer called Munati when you roam amongst the locals.

So here is Cheers to Namibia - Nakaye!!